Picturedigits created a static map of Etobicoke township (currently part of Toronto, Canada) and adjoining municipalities as they existed around 1950 to accompany an academic paper. 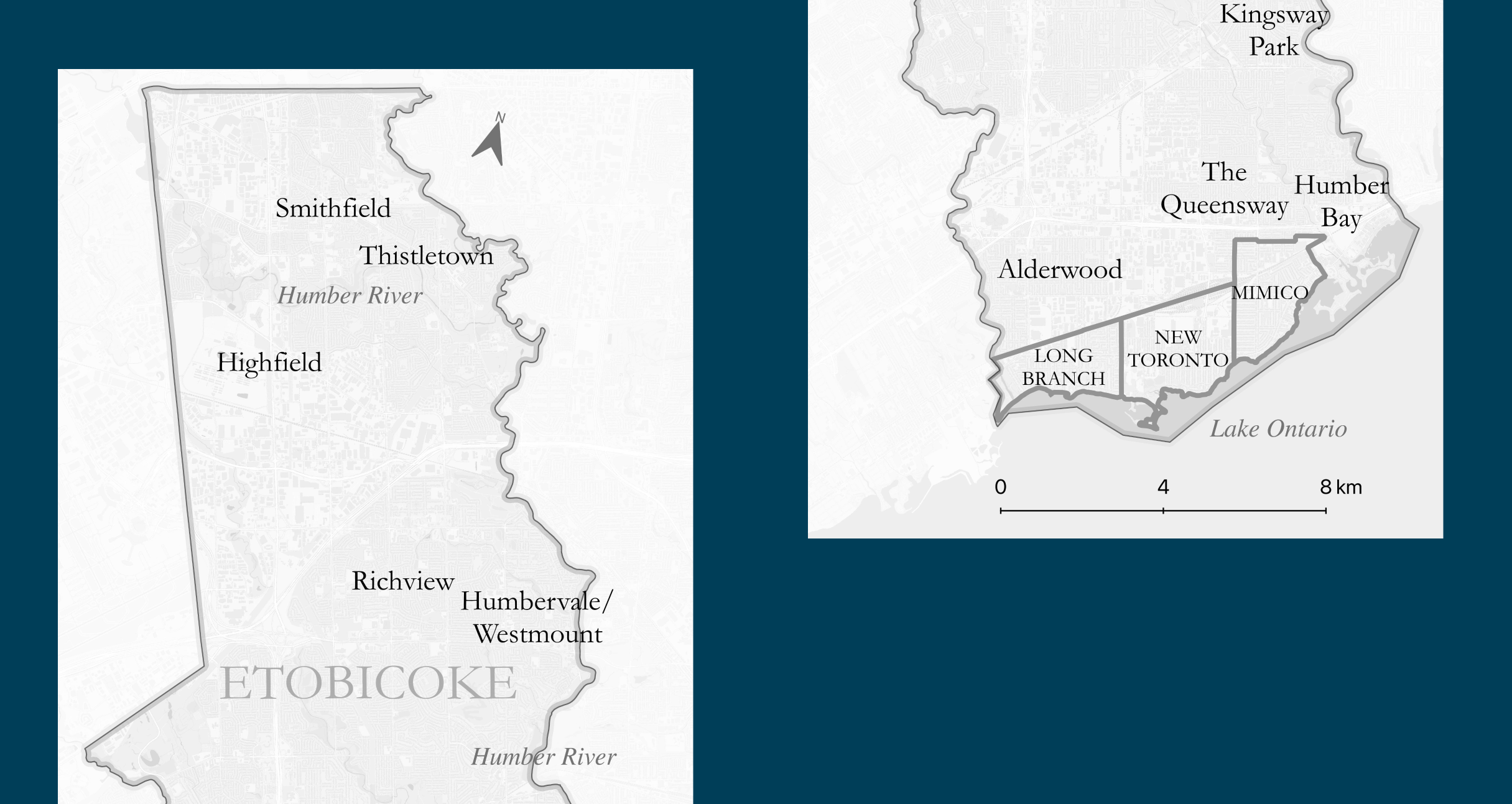 The boundaries of Long Branch, New Toronto, and Mimico municipalities were recreated from 1961 Census tract boundaries and zoning maps of the City of Toronto's Urban Development Services.

All geographic locations mentioned in the publication were extracted, geocoded, and added to the map.

The publication titled Public School Taxes and the Remaking of Suburban Space and History: Etobicoke, 1945-54 won the Canadian Historical Association Journal Prize for the best essay of the year.